Political career
Hichilema is a member of the opposition United Party for National Development, a liberal political party. Following the death of Anderson Mazoka in 2006, he was elected as the party's new President. He also served as the leader of the United Democratic Alliance (UDA), an alliance of three opposition political parties.


Condemnation of arrest
Hichilema's arrest was widely condemned. The United States,[25] the European Union[26] and the European Parliament[27] denounced the arrest. The Africa Liberal Network condemned the arrest as an attempt by President Lungu to silence dissent and opposition.[28] The Catholic bishops strongly condemned the arrest and said Zambia had become a dictatorship under President Edgar Lungu.[29] Julius Malema, the leader of South Africa's EFF party, accused Zambia's president Edgar Lungu of apartheid style repression for detaining Hichilema on treason charges[14] and called president Lungu a “coward”.[30] Mmusi Maimane, the leader of South Africa's DA party, who was denied entry into Zambia to visit Hichilema in Jail[31] (stopped from exiting the plane at Lusaka's Kenneth Kaunda International Airport) strongly denounced the trumped up charges against Hichilema.[32]

Time in jail
Hichilema said in an interview on HARDtalk that during his time in prison he was held in solitary confinement for eight days without food, water, light or visitation, was tortured by having his private parts pepper sprayed, and accused president Lungu of having tried to kill him.[33]

His wife, Mutinta, was turned away by prison officials when she took food for him.

Hichilema's arrest was the subject of the episode of Al Jazeera's The Stream TV program titled Is Zambia's Democracy in Danger[34] which aired on 30 May 2017.

High-profile jail visitations
Zambia's first president Kenneth Kaunda was turned away by prison officials when he visited Hichilema in Prison.[35]

Mmusi Maimane, leader of the Democratic Alliance (South Africa) was also turned away by Zambia Police when he came to Zambia to attend Hichilema's court appearance, he was not allowed to disembark from the plane, had his phone confiscated and was roughed up.[31] This prompted South Africa's Foreign Ministry to summon Zambia's Ambassador to South Africa Emmanuel Mwamba to explain the actions of the Zambian regime.


Personal life
Hichilema is married to Mutinta and has three children.[4] He is a member of the Seventh-day Adventist Church.[57] Hichilema is a millionaire and the second-largest cattle rancher in Zambia.[58]

In December 2014, he denied being a Freemason and labelled people accusing him as malicious.[59] He also sued Bishop Edward Chomba of the Orthodox Church for defamation after the former called him a Satanist and a Freemason. 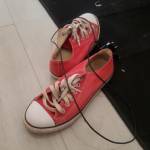 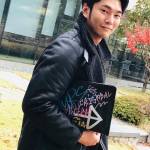