There’s a lot of information going around, because people want to help. But it’s not always clear what is reliable and trustworthy. The Voice found an expert, and asked him the most searched questions online about Congo. He explained what young people who want to help can do.

Alex Mvuka is a researcher and his findings have been used by the British government’s Department of Foreign Affairs and other international organisations.

What can we do to help the Democratic Republic of Congo?
Donate to grassroots organisations, not established non-governmental organisations (NGO’s). Supporting social enterprise is better than giving aid. In the country, young people will often tell you they’re stuck without work or money, because the government hasn’t delivered on its promises. These are young people who were promised work if they left armed groups. Some will tell me they want to go back to those armed groups.

Something I’ve done personally, is I managed to raise £10,000 to help some people rent land to grow crops. That enables them to be sustainable, to have food and to have some income to go back into training or education.

But you need to find the right people, and then invest in those kinds of ideas. The seed money doesn’t have to be a lot of money. It could be £5,000. That can help a lot of people. I’ve seen so many beehive projects, those things really create jobs and address the problems that people are struggling with.

Another thing that young people could do is question the United Nations (UN). They could say: “Tell us why if you’ve been in the DRC for 20 years, you haven’t been able to bring peace?” The UN have spent billions in the Democratic Republic of Congo.

I’m not saying this in a conspiracy theory way. But young people who want to make a difference should hold the UN accountable. A campaign like that would be beautiful.

Why is the Democratic Republic of Congo unstable?
The government is the issue. I would say a lot of the things that are trending right now, are almost conspiracy theories because they avoid the real issue.

You have conflict in eastern Congo, and our activists talk about the conflict being linked to minerals and those minerals having links to multinational companies.

That’s true, but those companies sign contracts with the government. It is no longer the time when they hold you on your neck to sign a contract. Why don’t we see any more political coups in Africa? Because the era of political coups is over. There was a time when Western governments could remove an African president in the night.

The type of interference we have now is political influence. So basically, the UK is in Congo, China is in Congo, America is in Congo but they will try to influence their policy. It’s a soft type of power.

It’s true that Western government can sell arms. It’s unimaginable, really – how easily accessible guns are in the country. You can literally buy an AK47 for $50. I’ve tried it as part of my research.

That’s where you can blame Western governments. You can ask them why guns are so easily available on the African continent.

There are two countries called Congo. What is the difference between them?
The first thing to say is that they have always been two separate countries. A lot of people seem to think there was one country that split. They have never been one country. One of the countries was colonised by France. The other was colonised by Belgium.

But it is very offensive to call one French Congo and the other Belgian Congo. That’s very patronising. Both countries are called Congo because of the Congo river.

These two countries have the two closest capital cities in the world: Brazzaville and Kinhasa.

Their independence movements were also separate.

What was Congo like before colonialism?
It was a very simple region, with not many people. Probably around 30 million. Lots of forest, I would say around 60% of the region was forest. And of course, there were lots of traditional kingdoms. The two countries would have been very connected at that time.

Why are there so many fears the Democratic Republic of Congo will be annexed?
People who think that have no clue what Congo is. I’m sorry to say but that idea is a stupidity. Those are irrational conspiracy theories. It’s like a giant being afraid that a child is going to hit it.

Congo was under Western power up to the 1990’s. It was basically the hub of Cold War politics. The country is huge. It is in the centre of Africa, it links south and north, west and east. And it’s mineral rich. International security wise, it was a place where many countries would have benefited from having a base in. For example, the Hiroshima atomic bomb, the uranium product in it came from the Democratic Republic of Congo.

But the time when Congo was under Western power is gone. Even during that time, those outside powers could not have not gained control without cooperation from corrupt Congolese leaders.

Interview has been edited for brevity and clarity. 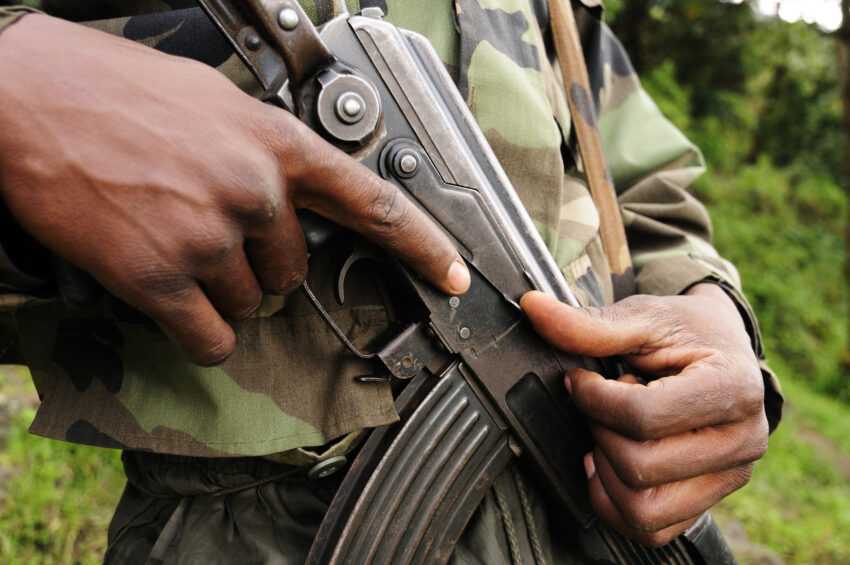