Hundreds of youths defied a Nigerian government lockdown and returned to the streets of Lagos, Africa’s most populous city, a day after the security forces violently confronted protesters.

The youths, who carried sticks and metal poles, set tires on fire and chased cars that tried to evade barricades they’d erected along one of Lagos’s main expressways. Several other streets were also sealed off, and the sound of sporadic gunshots echoed across the city.

A Nigerian Red Cross Society official said at least two civilians were shot dead, adding to at least six other deaths in the country on Tuesday. Lagos state Governor Babajide Sanwo-Olu said no one died, but 25 people were in the hospital after the incident, which he blamed on “forces beyond our direct control.” His government said it’s investigating what happened.

In a series of tweets on its Twitter page, the Nigerian Army labeled reports that soldiers had fired on protesters as fake news. Spokespeople for the army and the police didn’t immediately answer calls by Bloomberg seeking comment.

While Nigeria has become accustomed to violent incidents in recent years, most have been confined to the country’s north, where President Muhammadu Buhari’s government is fighting an Islamist insurgency led by Boko Haram extremists. Large-scale deaths perpetrated by security forces in the country’s economic hub are almost unheard of.

Protests against police brutality began on Oct. 5, with thousands of mainly young people having taken to the streets of Abuja, the capital, Lagos and other towns, blocking major roads and bridges, disrupting flights and bringing many businesses to a standstill. The unrest and the authorities’ increasingly heavy handed response has begun to unnerve financial markets.

Yields on Nigeria’s 2032 dollar bonds jumped 20 basis points to 8.31% by 10 a.m. in London, after climbing 21 basis points on Tuesday. The premium investors demand to hold Nigeria’s dollar debt rather than U.S. Treasuries widened by 15 basis points, according to JPMorgan Chase & Co. indexes.

The Lagos Chamber of Commerce and Industry estimates that the unrest has cost about 700 billion naira ($1.8 billion) in lost output, although the oil industry -- Africa’s biggest and the mainstay of the economy -- hasn’t been affected so far. A coalition of nine insurgent groups in the oil-rich delta region have warned they may attack oil and gas facilities if the government fails to meet the protesters’ demands, the Lagos-based ThisDay newspaper reported on Wednesday.

The clashes in Lagos’s Lekki district came after Sanwo-Olu announced a 24-hour curfew to try and end disruptions in a region that’s home to more than 22 million people and houses the headquarters of Nigeria’s biggest banks and largest companies. Before Tuesday, the protests were largely peaceful, with the government issuing a directive to its security forces not to use violence.

Demonstrations have continued despite the government bowing to a key demand of protesters -- the dissolution of a police unit that has borne the brunt of the brutality allegations.

Besides police reforms, the protesters want Buhari -- who hasn’t made a public appearance for more than a week -- to address the nation, and compensation paid to the families of those who’ve died in the unrest. Prior to the latest clashes, Amnesty International had estimated that at least 18 people had been killed. 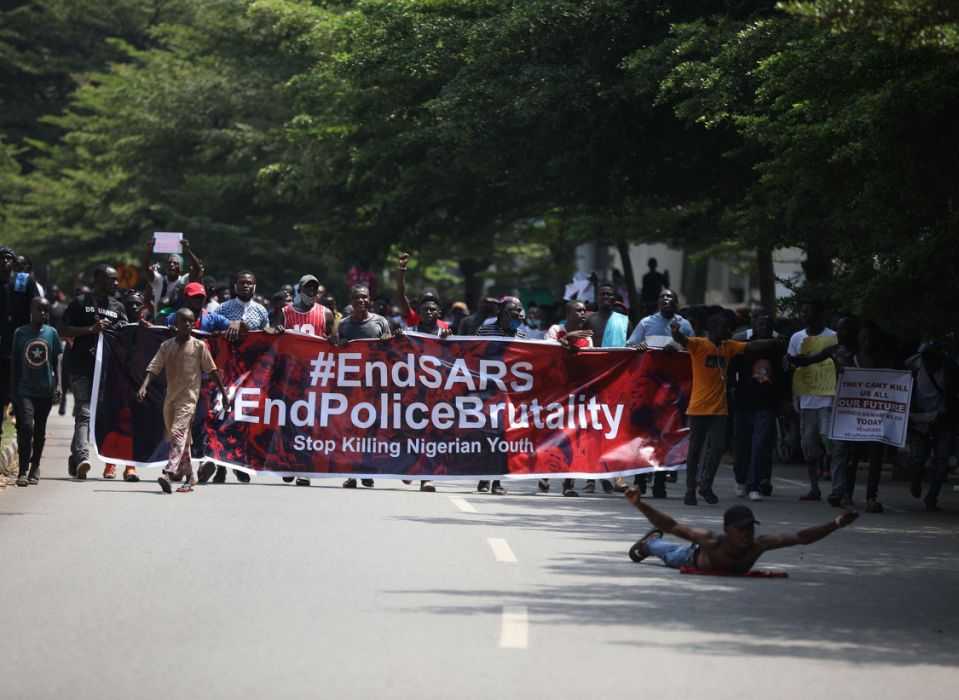