CAPE TOWN - The case against self-proclaimed Prophet Shepherd Bushiri and his wife, Mary, was expected to resume in the Pretoria Magistrates Court on Friday.

The Hawks arrested the couple on Tuesday over allegations of money laundering to the tune of R106 million.

Another couple was also taken in on the same charges and appeared in court at the start of the week.

It is alleged through an investment scheme, the Bushiris and another couple, Willah and Zethu Mudolo, defrauded investors of over R106 million.

The Bushiri’s supporters showed up outside the Pretoria Magistrates Court on Wednesday calling for justice to prevail.

According to the Hawks, the man - whose followers affectionately call him “the major one” - handed himself over to the authorities after his wife was arrested at their Sandton home.

Meanwhile, the Mudolos were expected to apply for bail at the end of October. 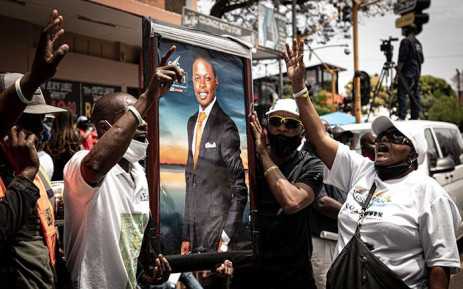