Yakhe Kwinana dodged and deflected questions at the State Capture Commission on Monday, to chairperson Raymond Zondo’s frustration. The former SAA board member and chair of SAA Technical painted a picture of a board that had no regard for legal processes and understood procurement regulations according to its own whims.

State Capture Commission of Inquiry chairperson Deputy Chief Justice Raymond Zondo on Monday had to repeatedly plead with Yakhe Kwinana to directly answer the questions put to her by advocate Kate Hofmeyr on alleged malfeasance at SAA, as the former SAA board member and SAA Technical (SAAT) chairperson dodged and deflected even simple inquiries.

Kwinana refused to answer questions directly, but as she sought to avoid implicating herself in corruption allegations she made shocking revelations about how she and the boards she served on disregarded procurement policies as they intervened in various deals.

Her testimony started with an opening statement that sought to accuse the commission of failing to investigate other allegations at the failed airline. 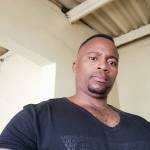