DISPLAY ADVERTS
Kwinana’s lawyer Lindelwa Mbanjwa claimed the commission’s evidence leaders had failed to provide her with relevant information and called for Hofmeyr to recuse herself due to bias.

“Ms Mbanjwa, I’m not going to allow you to waste this commission’s time,” Zondo told the lawyer, who repeatedly interjected.

Kwinana served on SAA’s board between 2009 and 2016 and was allegedly central to various cases of corruption at the airline and its subsidiary SAAT. She couldn’t recall when she was appointed SAAT chair, maybe in 2014 or 2015, she said.

She was allegedly paid R4.3-million by a company called Xanosparks in September 2016. That company is directly linked to Vuyisile Ndzeku, whose company JM Aviation worked with Swissport SA to provide ground and aviation services to SAAT.

The commission has heard how Kwinana met Swissport leaders in February 2016 to tell the company that the contract it won in 2012 and was being renewed on a month-by-month basis was irregular and must go out on tender.

She had been talking to Ndzeku at the time, advising him on SAA’s BEE policies and how then president Jacob Zuma’s instruction that SOEs must spend 30% of their procurement budgets on black-owned companies should be implemented.

She insisted she had a professional relationship with Ndzeku and she advised him on various issues without charging for her services.

In an email after the February 2016 meeting, Swissport’s CEO, Peter Kohl, said Kwinana chaired the meeting and said the company would have to sacrifice 30% of its revenue to a BEE company of SAA’s choosing, which Kohl said was illegal. Another Swissport employee present at the meeting backed up his claims.

Kwinana claimed those testimonies were fabricated.

Rather than denying that she strong-handed Swissport, Kwinana said the issues were never discussed. She couldn’t remember why, but she said the meeting ended in minutes. The meeting was clearly about operational matters.

“I was required to give support,” said Kwinana, on why she, a board member, was there in the first place.

“But why must a board member go to a meeting which is supposed to deal with operational matters? Aren’t there other executives to give support to that executive?” asked Zondo.

Kwinana said she was instructed to attend, it’s unclear by whom, to give advice on the implementation of black empowerment procurement policies and the government’s position on such issues.

She claimed she never had sight of the final contract, which she maintained was only an extension of the 2012 contract. Zondo, astonished, asked whether board members often talk about the terms and conditions of contracts without seeing the final documents.

In March 2016, the SAA board approved a five-year contract for Swissport worth more than R1-billion. Kwinana claimed that as a board member she only saw the terms and conditions of the contract and thought it was an extension of the 2012 contract.

She couldn’t explain how her claims that the contract needed to go to tender had suddenly vanished.

She claimed she never had sight of the final contract, which she maintained was only an extension of the 2012 contract. Zondo, astonished, asked whether board members often talk about the terms and conditions of contracts without seeing the final documents.

Zondo, repeatedly asking about the board’s approach, said, “It kind of horrifies me.”

Kwinana was also asked about SAA’s decision to cancel a contract awarded to LSG Sky Chefs to provide catering services to the airline’s lounges.

LSG won the contract, previously held by SAA subsidiary Air Chefs, after winning an open tender. Myeni was on Air Chefs’ board when SAA’s board intervened.

“If my daughter is selling vetkoeks here at home, why should I go and buy vetkoeks next door?” asked Kwinana on the decision to reverse SAA’s contract with LSG.

She claimed the deal would lead to the collapse of Air Chefs and 1,500 jobs might be lost as the airline supported a “foreign” company. LSG is registered as a business in South Africa, but owned by Lufthansa.

Mathulwane Mpshe, SAA acting CEO at the time, has testified that Air Chefs failed during the first step of the tender process and only derived 4.26% of its revenue from the contract. She denied the SAA subsidiary would collapse if it lost the deal.

Nevertheless, the contract included a provision that all Air Chefs employees servicing SAA in relation to the work must be employed by LSG.

“She was not telling the truth,” said Kwinana on Monday.

But she admitted she never checked the veracity of Mpshe’s claims about the deal because she opposed it as soon as SAA executives considered allowing anyone but Air Chefs to get involved.

She accused Mpshe of lying and later supporting LSG’s legal bid with regard to the matter, claims of which she admitted she did not have any proof.

Kwinana has been accused of claiming she planned to score R100-million on SAAT deals after she resigned and as her testimony continues she is likely to face questions about her interactions with service providers during tender negotiations.

The commission spent considerable time trying to understand her views on whether SOE officials should be able to communicate with bidders while tenders are still open.

Zondo has previously heard SAA-related evidence that decision-makers at SOEs should have no communication with bidding companies before tenders are finalised.

Zondo, who often appeared exasperated during Kwinana’s testimony, questioned how board members would accept an outsider attending meetings without an explanation.

Kwinana said it depends on the situation. After much prodding, she said while the policy might prohibit it, it is difficult for those signing the deals to avoid employees of bidding companies as they might work with SOEs on unrelated deals.

“If you were a decision-maker at SAA in regard to a certain tender that has not closed, were you permitted to communicate with somebody who comes from a company that has put in a bid in regard to that tender?” asked Zondo.

“In theory, that is how it’s supposed to be,” Kwinana responded.

She continued: “Much as that is said in the procurement policy, it’s difficult. One of the reasons why it’s difficult and almost impracticable to apply, it is because some of the bidders may be doing work with the company at the time and therefore may be coming in and going out of the office because they are doing work while there is another bid going on.”

She said bidders and decision-makers could converse if they didn’t talk about the tender. Zondo scoffed, asking how one could check what those handling a tender and those bidding for one might discuss in a meeting.

Kwinana was also questioned about Nick Linnell, a Myeni associate who was a supposed middleman for corrupt deals during Zuma’s presidential term.

She said Linnell would regularly attend board meetings, make presentations and offer legal advice, but no one ever asked why he was there or who invited him. SAA paid him for the services, but Kwinana, a chartered accountant who chaired the SAA board’s risk and audit committee, never asked why.

Zondo, who often appeared exasperated during Kwinana’s testimony, questioned how board members would accept an outsider attending meetings without an explanation.

Kwinana’s testimony continues. Myeni is also expected to appear before the commission this week as it continues to delve into corruption allegations regarding the aviation industry. DM
ustice Zondo, "When you say "no comment" but know the answer it does not reflect well on you."

Ms Kwinana, "For the sake of progress, let me say yes."

Justice Zondo, "Ms Kwinana you must not say "for the sake of progress". You must answer honestly." 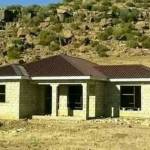