THE FATAL ACCIDENT: WHAT WE KNOW
The 36-year-old socialite and petroleum trader passed away at the scene, alongside three of his friends identified only as Karim, Elisha, and Moana.

Ginimbi allegedly shared a video via Instagram Stories on Saturday evening. The hit song Hello by Kabza de Small and DJ Maphorisa was paying in the background while he said:

A video taken at the scene of the accident can be viewed here. However, do note that the content is upsetting; viewer discretion is advised.

“He was assisted and was taken out of the car but died on the spot. The three people who were travelling with him also died in the accident with the bodies burnt beyond recognition”.

According to Nyathi, first responders rushed two passengers from the Honda Fit to hospital. He concluded that authorities are still “gathering more information on the issue”.

WHO WAS GENIUS ‘GINIMBI’ KADUNGURE?
BUSINESSMAN AND SOCIALITE
Ginimbi had a reported net worth “of between $10 million and $100 million”, according to BBC News. However, Ginimbi had a number of fraud allegations brought against him as well.


The entrepreneur was known for his lavish lifestyle; which often drew criticism from his fellow countrymen. The Zimbabwe Revenue Authority (Zimra) eventually conducted a lifestyle audit.

FRAUD ALLEGATIONS
Back in June 2020, Ginimbi appeared in court for allegedly failing to declare income returns to the Commissioner of Taxes to account for his lavish lifestyle between 2010 and 2012.


Ginimbi was arrested in May 2014 and accused of defrauding a Zanu-PF minister, as well as the managing director of Badon Enterprises, and a Kadoma-based miner.

TIES TO SOUTH AFRICA
Evidence brought against Ginimbi showed that he created Transco Civil Engineering, a fictitious company allegedly based in South Africa which allowed him to open an Absa bank account.

As reported by Pindula, he then contacted the complainants and “misrepresented himself as the chief buyer for Marange Resources looking for mining pumps at competitive prices”.

Prior to that, Ginimbi also allegedly sent his brother to purchase 10 flight pumps in South Africa and ordered him to deposit R1 million into the Absa account.

Following the transaction, Transco Civil Engineering “officials” told the brother to return to Zimbabwe and wait for the DHL delivery. The delivery arrived three days later, but the box contained cellphone chargers.

TOP-OF-THE-RANGE VEHICLE COLLECTOR
Ginimbi was also a collector of top-of-the-range cars. The sound system in his purple Rolls Royce, for example, was estimated to cost around $50 000 (approximately R766 000 at the time of publishing).


SOCIAL MEDIA INFLUENCER
Ginimbi’s last post on Instagram showed off of his lavish lifestyle. On Sunday, he also shared his Outfit of the Day (OOTD) and captioned it:

“Dressing is a way of life”.

Five days prior to that, he checked in at the Queen of Hearts Cafe and Bakery at the Bratz Basement Shopping Mall in Harare to show off his take on “living the good life”.

At the time of his passing, Ginimbi had 648 000 followers on Instagram. 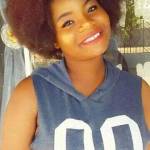