Andile Mngxitama believes the self-proclaimed prophet is facing a ‘witch-hunt’.
Black First Land First (BLF) leader Andile Mngxitama has suggested that religious leader Shepherd Bushiri should be considered “a representative of a living God” and quotes Ayanda Tshazi – who writes regularly on BLF blog Black Opinion – saying “Bushiri has replaced the white Jesus with himself”.

In an opinion piece sent to The Citizen, this was not Mngxitama’s main point – which is that South Africa is a “racist anti-black country” that is targeting Bushiri – first by blaming him for a stampede at his church and then by attempting to jail him for fraud and corruption – in a “witch-hunt” because he’s “young gifted and black”.

Mngxitama has made his support of the self-proclaimed prophet well known recently, whether through several statements released by the party; his show of support for the preacher outside court – where he and his wife are facing fraud and money laundering charges in an ongoing case; or through he and his party’s top leadership’s attendance of a Sunday service at the Enlightened Christian Gathering (ECG) church, where the party says they received a “very warm welcome”.

Just yesterday, BLF released a statement wishing Major One – as they have joined Bushiri’s followers in affectionately dubbing him – a happy birthday.

Mngxitama takes things a step further – lashing out at what he sees as a “pattern of vilification and harassment” suggesting Bushiri is being targeted systematically.

Mngxitama highlights how, following a tragic stampede that left three ECG members dead, Bushiri was cleared of wrongdoing by the Commission for the Promotion and Protection of Cultural, Religious and Linguistic Communities (CRL Rights Commission).

He says that right after Bushiri’s event was found to have been “compliant” by the CRL Rights Commission, the religious leader and his wife were arrested on fraud and money and money laundering charges. He does not believe this was mere coincidence.

According to Mngxitama, “There is evidence that this is about nothing but jealousy and our government has allowed itself to be used in the business and religious wars going on in South Africa.”

Bushiri was initially denied bail while his passport was verified, and, following this, reports that his citizenship was being investigated emerged.

All of this, according to the BLF leader, adds up to a “witch hunt”.

Mngxitama feels there’s hypocrisy in black religious leaders like Bushiri becoming the focus of so much negative attention when “systematic sexual abuse in the Roman Catholic church are published with scant if any media attention at all”.

He also believes Bushiri has been targeted because “at 35 years of age he has built an empire which is threatening the establishment churches who are controlled by whites”.

Mngxitama feels the popularity of Bushiri’s and other Pentecostal churches has seen “black people in their thousands abandoning the option of going to orthodox churches”.

Mngxitama mainly looks at what he sees as Bushiri’s persecution through the lens of decolonisation theory.

“Bushiri is a problem because he disrupts the symbolic order that sustains whiteness as the conduit to God,” he writes.

He uses Tshazi’s writing, which states that “white supremacy cannot afford the association of blackness with godliness”, to reject the idea that churches such as Bushiri’s prey on the poor.

“On the contrary the poor and alienated are using the church and its teachings on wealth and health here on earth to inspire self-empowerment,” he writes.

He then gives his take on what the fundamental theological difference is between “The traditional Christian faith” – which “preaches suffering and sacrifice on earth and reward in the hereafter” – and the Pentecostal church, which “says suffering is ungodly and prosperity is a sign of the grace of God”.

“This distinction is important,” Mngxitama writes.

“Bushiri becomes the symbolic representation to the path to prosperity. This is what essentially makes a representative of a living God. A god who answers the prayers of the true believer.”

The BLF’s love for the self-proclaimed prophet is deep enough for them to overlook recent reports that he has chosen Barry Roux as his lawyer.

The party has been outspoken in their opposition to AfriForum’s recent announcement that they would be appealing the guilty verdict of two men from Coligny in North West convicted of murdering a teenager who allegedly stole sunflower seeds.

At a recent press conference, Mngxitama slammed AfriForum, saying the minority lobby group “has decided to take money to buy the best lawyers it can get to let these white murderers not serve their prison term”.

He was referring to Roux. AfriForum announced that Roux would team up with his nemesis from the Pistorius trial – Gerrie Nel, who heads the group’s prosecution unit – to appeal the Coligny verdict.

BLF spokesperson Lindsay Maasdorp said there was no conflict and they saw no problem in Bushiri choosing a white advocate.

“The courts are white. SA law is based on Roman Dutch law. Black advocates [are] not respected by the courts. There is nothing black in the SA judicial system,” he said.

“The prophet, like Zuma and like Malema in his corruption case, uses a white advocate. Also, Bushiri never proclaimed to be an economic freedom fighter or a black nationalist,” he continued.

Mngxitama ended his opinion piece by expressed his belief that, like all martyrs, victimising Bushiri would only add to his support.

“The more the Major One is persecuted,” the BLF leader says, “the more he is loved and seen as a true prophet of God.” 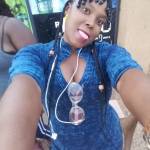