Watch: EFF vs Clicks, Malema leads protests at Mall of the North
Malema led EFF supporters to the Mall of the North in Polokwane on Monday, as Clicks stores around the country were engulfed in red protest.
Dan Meyer by Dan Meyer 2020-09-07 10:58in News
Malema clicks
EFF leader Julius Malema locks up a Clicks outlet in Polokwane as part of the nationwide protest against the retailer. Photo: Twitter/EFF

866
SHARES
The Economic Freedom Fighters (EFF) have stuck to their guns and gone ahead with their planned efforts to shutdown Clicks stores around the country on Monday 7 September, after the company failed to bow to their demands and close. The EFF have now taken it upon themselves to cripple the brand after an unsatisfactory apology was issued.

The Red Beret’s Commander in Chief (CIC), Julius Malema, led the protest action at Mall of the North, Polokwane. He reported to the mall at 90 sharp, as per his promise a day earlier, when he said that he would be there every day this week at the same time with his “dry and damaged hair”.

In various other parts of the country, other top members of the EFF led droves of supporters to various Clicks outlets, where they marched and protested in front of doors, effectively ensuring the the stores were unable to open.


EFF Leader Julius Malema arrived at Mall of the North in Polokwane on Monday at 90. Photo: EFF
EFF: ‘CLICKS MUST LOSE PROFITS BECAUSE OF RACISM’
Speaking outside a Clicks outlet at Sandton City in Gauteng, EFF deputy president Floyd Shivambu said that the retailer needs to suffer severe consequences for their actions and subsequent failure to adequately apologise.

“They think they can act like they used to under colonialism, not on the EFF’s watch. We are here to stop them from operating. There is no court order that is going to stop us from protesting racism.”

He said that “racism must be resisted and rejected everywhere”, adding that Clicks would do well to review the nature of the EFF’s reposes to previous racism propagated by major corporations such as H&M, whose “clever monkey” toddler apparel ad caused controversy in 2018.


Secretary-General @DlaminiMarshall outside the Clicks at the Mall of Africa, Midrand. Photo: EFF
WATCH: OTHER EFF LEADERS LEAD SUPPORTERS ACROSS SA
Other members gathered under the leadership of Secretary General Marshall Dlamini at Mall of Africa in Midrand, with EFF National Chair Veronica Mente coordinating the protests at the Goodwood Shopping Centre in Cape Town. 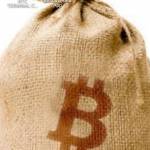