What to expect under lockdown level 1

Pretoria - JUST as spring is in the air, so too is the anticipation for further relaxation of lockdown regulations with a move to the risk-adjusted level 1 expected soon.

With the National State of Disaster for Covid-19 extended by a month on Thursday, expectations are for President Cyril Ramaphosa to address the nation in the coming days.


Giving the clearest indication yet this week of a move to level 1 were the Health Minister, Dr Zweli Mkhizi, and Ramaphosa, who, when asked during a question session with the SA National Editor’s Forum (Sanef) on Wednesday, said “watch this space next week”.

Based on what has happened with level changes in the past, he can be expected to give a broad outline in a televised address before ministers in the various clusters provide details of changes which must be gazetted.


SA went into lockdown level 5 at midnight on March 26, moving to level 4 from May 1. Level 3 followed on June 1 and was amended a number of times but lasted all the way to August 17.

“The president will come out in the next few days and give us a sense of direction, but we will be preparing for people to start easing to the next level,” Mkhize said after announcing in media briefings on Monday that the country was safely over the first wave of infections … although he did warn there could be a resurgence if vigilance was not maintained.

Speaking to Sanef, Ramaphosa acknowledged that the economic contraction during lockdown had been deeper than expected and recovery was now a priority.

While the government has not yet given an indication of changes to expect in level 1, one can consider the areas where prohibitions still apply, including the 10pm curfew and limited trading hours for the sale of alcohol.

Regional borders are widely expected to reopen for leisure travel while there is growing pressure from the travel industry for international borders to reopen.

Tourism Minister Mmamoloko Kubayi-ngubane, addressing a National Press Club event in Pretoria last Friday, said her department was submitting a recovery plan to the Cabinet, including the reopening of international air travel.

Passenger cruise ships are expected to be among the last to be allowed.


The Department of Sport, Arts and Culture has also been in discussions around the protocols for re-opening the lucrative events industry, as well as the arts, with proposals to allow larger gatherings and audiences with physical distancing measures in place.

Ramaphosa mentioned talks with religious leaders, many of whom have not resumed physical services due to the limit of 50 people. Other exclusions relate to numbers on public transport and to school and university class sizes.

On Thursday, GCIS announced that Cabinet had approved an extension of the National State of Disaster from September 15 to October 15.

Western Cape premier Alan Winde pleaded for remaining sectors of the economy to be opened, and for all travel restrictions to be lifted to help with economic recovery.

South Africa’s official Covid-19 death toll stood at 15 265 on Friday. There have been 644 438 confirmed cases in the past six months. 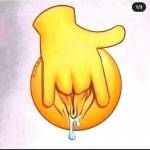 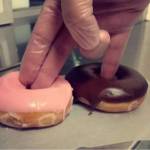